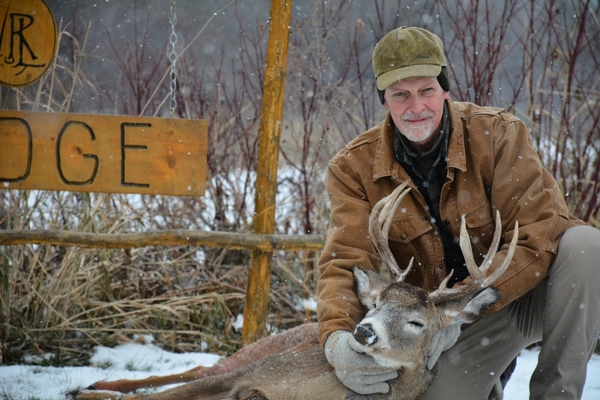 This was Alvin's 3rd season hunting with us and after passing several opportunities the past 2 years he decided this year he was going to harvest a buck for the freezer as he really enjoys venison. The past 2 years his Son Mac has filled his tag securing bragging rights, so Alvin turned the table this fall putting a good buck down before Mac. This buck came in on the second day and Alvin made a great shot dropping him in his tracks. The antlers and head will be European mounted and our local butcher cut & wrapped the meat in time for Alvin to take it home.

Mac hunted all week ending with a MONSTER holding up only yards behind him in the stand for 3 hours. Mac couldn't move fearing the buck would run, but in the end the buck won never giving him a shot. I commend Mac for not pushing a bad shot, not many people have that sort of self discipline. We will post a picture with you and that buck next year Mac.

Not a bird, bear or a buck!

Common to see painted turtles here but this

Heading out to hunt bear,

Terrible when it is one of our's but these people give us all a bad name.-Internationals investigation seizure of bear hides $37000 fines !