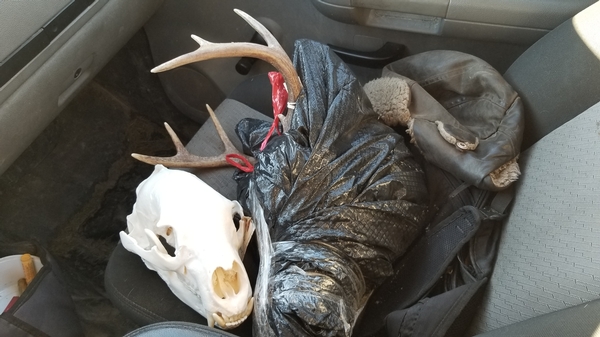 Entered Lily's 2018 bear skull and one of her deer heads to the local awards night. There were many great trophys brought in. It was great to see the majority of the people were young hunters! Some of the biggest heads were shot by young females too!

Tons of prizes for everyone and Lily received the youth hunter award for her bear skull of 17.5". Made the Manitoba record book under youth catagory.

Very great night for all and positive forecast for new hunters joining the ranks. If you are not a member of MWF or Dauphin fish & wildlife you should join. And if you have kids sign them up for junior rifle club, great primer for safe gun handling, marksman skills and off season fun.

Not a bird, bear or a buck!

Common to see painted turtles here but this

Heading out to hunt bear,